Partners from across the Armley Local Care Partnership came together during wave 2 of the Population Health Management programme to understand where the greatest opportunities were to improve health and wellbeing for defined groups of local people. By using data and a population health management approach, the aim is to prioritise local need, by focusing resources on preventative and pro-active care.   The focus of this new way of working is supporting people with frailty.

To better understand the needs of their local population, the partnership used the Electronic Frailty Index (eFI) Tool to proactively identify people with frailty at high risk of adverse health outcomes and  is focusing on supporting a specific group of men who are at risk of escalating poor mental health. Using the electronic frailty index, Armley LCP chose to support a cohort of men who are under 65 years old, with moderate frailty who are emotionally/mentally frail and socially vulnerable (including people who live alone).  They then then used local data to further identify those also at risk of suicide and living in some of the most deprived areas within the Armley LCP footprint (IMD Decile 1). 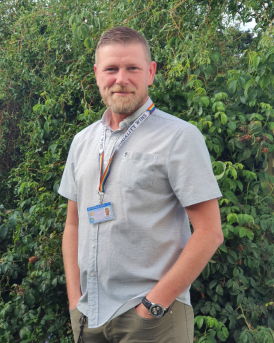 As part of the programme, a Mental Health and Wellbeing Coach role has been recruited and is employed by local third sector organisation Touchstone, on behalf of the Local Care Partnership.   The aim of the Mental Health and Wellbeing Coach is be involved in proactive, person-centred care planning with this group of people – finding out what is important to them and overseeing and coordinating care which is co-designed with them, their carers and supporting services. Linking with existing services and initiatives within the local area is key, as well as exploring how local resources can be used differently or redesigned to make the best use of collective resources.

This is an exciting development and an opportunity to consider the wider determinants of health which we know impact significantly on local people.

We are delighted to welcome, Russ Giles as the Mental Health and Wellbeing Coach. At first Russ was supporting men who were between 40-50 years of age due to the link between men’s mental frailty and the high suicide of men within that age group in the local area but is now working with men from the age of 18.

Russ has engaged with 61 men from the cohort so far within his first 6 months of being in post, with around 40 of them engaging on two or more occasions.

Using a person centred approach, he is working with some on a regular basis and others he contacts less frequently to encourage and motivate them to keep on track with their goals.   All of the men know that they can contact him if they need to talk about their mental health.

The new service has been developed in a collaborative way to ensure that mental health services in the PCN area including BARCA, Community Links and the Social Prescribing service are working in partnership to support men’s needs.

The Coach has developed strong links with existing community groups including Armley Helping Hands to engage men of all ages in local groups and activities. The purpose of utilising these well-established opportunities is to provide a longer-term option for men to form relationships and find places where they feel comfortable and confident. The Coach also identified a number of gaps in provision and has created a programme of one-to-ones, a new weekly peer support group, and Zoom-based events including an International Men’s Day one day ‘festival’.

On average, 6 service users attend each weekly peer support group (numbers restricted due to COVID) and 8-10 keep in regular contact through the peer support WhatsApp group. One service user expressed an interest in becoming a volunteer gardener as a direct result of his participation in the peer groups.

Another said: “meeting the Coach has really helped me and it is good because I find it hard to let new people in and trust them.” 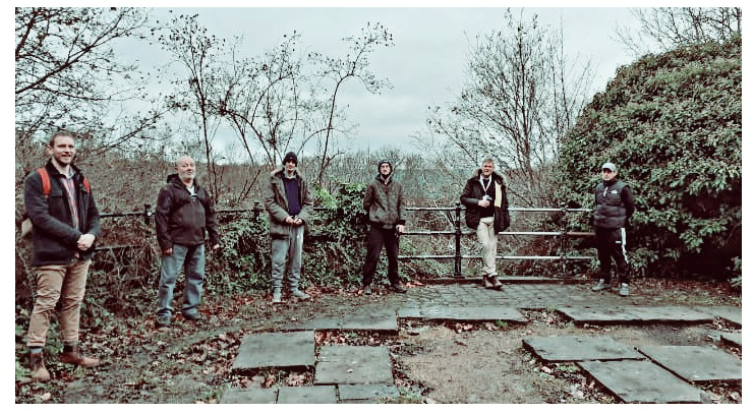 An evaluation of the population health management programme in Armley, will be key to understanding impact and sharing lessons more widely across Leeds.  Early outcomes show that as well as positive impacts on the lives of local people, there are a reduction in crisis calls to 111/999, hospital admissions and GP appointments.

Russ has already had some great compliments from service users and a number of success stories.

Derek* first came to the attention of mental health services in 2004 when he was diagnosed with a delusional disorder. A cannabis smoker since 1986, Derek had already experienced some challenges in his life including a stint in prison on a firearms charge and a relocation from his hometown near Manchester, which were both a factor in him losing contact with his family.

Derek was isolated; he had never been married, had no friends, no mobile telephone or landline and didn’t go out and socialise in the local area.

In September 2020, Derek was referred to his GP by a social worker who was struggling to support him with multiple issues including repairs to his house, which had been damaged and neglected to the point where there were no working appliances. He had disengaged with housing services two years prior and had been living on shop-bought sandwiches for the majority of that time.

Derek was referred on to the community mental health team in October for further assessment of his mental wellbeing but due to his lack of engagement with the service was then discharged back to his GP.

The GP referred Derek to the Armley PCN Mental Health and Wellbeing Coach in November to see if anything could be done to support him with his wellbeing. The Coach engaged with the Housing Team to arrange a joint visit and gained access to the block of flats to facilitate an easier first interaction with Derek. Although Derek was not there, he did later engage with the Coach who had made several visits to try and engage with him. When a housing officer finally managed to meet with Derek, she contacted the Coach who was able to attend immediately and provide mental health support.

After an initial meeting with the Coach, Derek disclosed his wish to start attending groups and socialising more and his Coach sourced new kitchen appliances so that Derek had the means to eat a more balanced diet.

By the end of November, subsequent to the Coach’s intervention, Derek had shown interest in joining a walking group and attending a men’s weekly peer support group with other mental health service users. He had started receiving food parcels arranged by the Coach which he is using to prepare hot meals.

Sean*, a 42 year old gay service-user, was well-known to NHS and social care services; he presented with a long history of issues starting in 2000 after the sad death of his mother.

Sean turned to alcohol and was sectioned in 2012 and 2013 with a diagnosis of depression. Sean attempted suicide by drug intoxication on four occasions; three in 2015 and one in 2017. At some point in his medical history, Sean disclosed that he had experienced child abuse from 1981 to 2013 and this most certainly contributed to his complex relationship with alcohol and his medical condition.

When Sean first engaged with the practice’s social prescribing team he had been booking weekly appointments with his GP for social reasons (rather than health reasons) and was devastated when his regular GP went on maternity leave. Sean described the feeling as like losing his only friend.

At the point where Sean was referred to Armley PCN’s Mental Health and Wellbeing Coach in July 2020 he was drinking 20 units of alcohol daily and barely left his house. He had stopped taking his medication and had no engagement with family or friends.

The Coach had an initial discussion with Sean about the importance of taking his medication but found it challenging to engage with him initially. Through perseverance and home visits over a period of four weeks, Sean eventually allowed the Coach in and agreed to speak to him where it transpired that he had started taking his medication again.

The Coach’s persistence with Sean paid off and he began to feel more positive; he overcame his social anxieties and new anxieties caused by the COVID-19 pandemic to venture outside for short walks with his dog.

Sean now has a weekly session with his Coach and this has improved his mental health. He has a good rapport with his new GP, is taking new medication, drinking less alcohol and eating a more balanced diet. Sean has also expressed an interest in joining a men’s peer support group in the near future.

23 year old single man Jack had been sofa surfing at friend’s homes for some time and had a history of homelessness after his family were evicted from their house when he was a young man.

Before meeting his Coach, Jack had a history of suicide attempts, self-harm, anxiety and depression and had been experiencing suicidal ideation since September 2018.

Jack’s GP referred him to the Coach in October 2020 as he had been repeatedly visiting his GP with self-harm injuries. Jack had also expressed thoughts about harming himself and others. He was still living at a friend’s house, sleeping on a sofa and had recently been signed off work due to his anger problems, which stemmed from his mental wellbeing issues.

Although Jack was already engaged with a service to address his anger issues, he didn’t feel that the service was helping him to overcome his problems. Jack’s Coach worked with him to engage him in new routines such as going for regular walks and encouraging him to open up about his feelings and experiences. He subsequently joined the men’s weekly peer support group where he excelled and quickly made friends with another service user.

Through this group Jack was able to engage in activities that kept him active and gave him a sense of pride including clearing leaves from the front of a community centre. He was able to regain his sense of worth and this encouraged him to consider his return to full time employment.

Supported by his Coach, who worked closely with his employer, Jack began a phased return to work and although he isn’t yet ready to return he has made great strides.

After four months, Jack had significantly reduced the number of self-harm incidents and does not use alcohol or drugs. He attends every weekly peer support meeting and is an active member of a peer support WhatsApp group where he engages in lively discussion and supports fellow members.